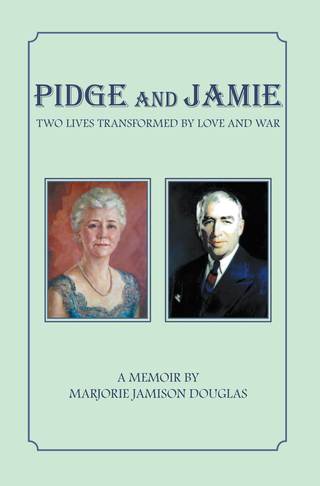 Pidge and Jamie grew up in the peaceful last days of the Victorian Age. Each thought their lives would follow a predictable future. But with the onset of World War I their lives were drastically changed. Intensely patriotic, both were determined to join the war effort. Pidge went first, to the war zone of northeastern France. Living eight miles behind the firing line, through a bitter winter, she experienced conditions of heartbreak and destruction she never could have imagined.

Interwoven with her relief work is the story of her involvement in the capture of two German spies. Shortly after Pidge's return Jamie was sent to the same war-torn northeastern part of France, where some of the heaviest fighting was taking place. He too, was overwhelmed by the total destruction the Germans had left behind.

After returning home, Jamie and Pidge picked up their lives together and put into practice much of what the war had taught them, principally the value of devoting one's life to the public service of others.

Click here to read about the inspiration for this book.